This was in the paper today. It brought to mind an event a few years ago when an art consultant called me on a Monday, asking if I'd be in the gallery that day. Usually my gallery was closed on Mondays, but in this case, yes, I'll certainly be there. The thing was she wanted to bring Elton John over to see a particular work I was exhibiting. The work actually belonged to yours truly: a huge photograph of a shot bride in the air, by a top Australian artist whose name I might leave out this time. I guess I would have the photo shown here in this post, but this artist is famously adamant of not allowing her photos reproduced outside a museum exhibition or her representative galleriers circles. (She is represented by galleries in Melbourne, New York and Dusseldorf.) I had a price of about $25,000 on this work.

Anyway, the consultant, when she called me, went on about her commission and the fact that Sir Elton tends to haggle over prices, so "It would be good to give him a discount of a few thousand dollars"! Well, we'll see, I thought. So I hopped into the shower, and quickly drove to the city to my gallery, to be contacted by the consultant telling me that unfortunately Sir Elton won't be coming over after all, he's having a lunch after his art shopping spree (she had taken him to a few galleries by then). Well, that's life. Even Sir Elton needs to eat. 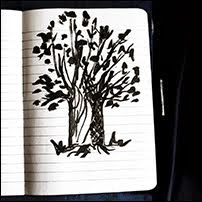